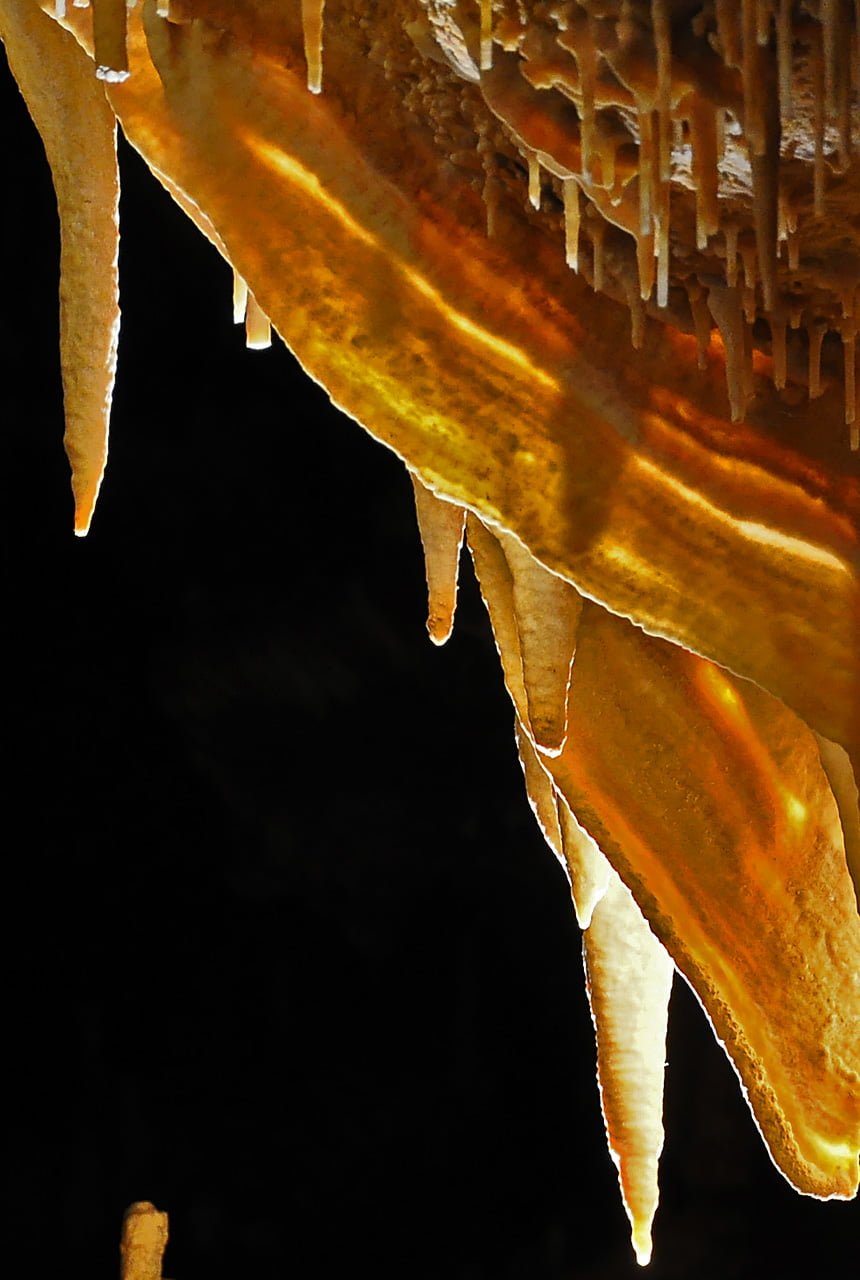 In Gourdon, we are fortunate to have the Grottes du Cougnac on our doorstep. The formation of the ‘concretions’ within this site are amongst the most impressive that we have seen within caves in this region.

Discovered in 1952, the two caves are separated by a pleasant 200 metre walk through light woodland. The first of these caves, has an abundance of ‘soda-straw’ stalactites that resemble a white mass of ‘spaghetti’ branching down from the caverns roof. The second cave possesses a wealth of Paleolithic images, drawn onto the caves walls by charcoal and local red ochre. They depict the way of life between 23,000 and 25,000 years ago. Hunting scenes with animal images of Ibex, Megaloceros and Mammoths. There are a handful of human images that depict wounded men, a result of combat or injury from hunting? They are a rare subject in cave painting, although occur almost identically at Pech Merle & Lascaux caves 50km away.

Le Gouffre de Padirac, close to Gramat & Rocamadour, is one of the most popular cave visits. Entering through a giant hole in the ground you wind your way downwards into several galleries, of which one of the most enchanting is the lake of rain, which is crossed by boat. The central feature is the ‘Great Pendant’, a giant 60 metre stalactite that seems suspended by a just a thread.

The Grotte de Lacave, situated less than 100 metres from the Dordogne river, extends over 1.6 kilometres and is reached by a small train. It features the ‘drowned village’ and superb underground lakes in differing colours.

Pech Merle, found east of Cahors in Cabrerets was discovered in 1922 by two teenage boys! It is classed as an historic monument. Being a very large cave (over a mile in length), imprints of human childrens feet have been found extending half a mile deep underground. Within seven of the capacious galleries, the walls are abundant with detailed murals of Mammoth, Reindeer, Horses and human hand prints.

There exists ten other caves within a six mile radius of Pech Merle, although unopen to the public, they show the rich proliference of early human subterranean dwellings that scatter this area of SW France. It is believed that with their ambient interior temperatures, caves such as these were used by many human tribes during the bitter ice age as refuge. Ensueing rain and sliding earth would probably be the reason why these underground homes were later discovered in the 20th century.

View our other tourist attractions »

Discover the wonder of South West France from underground, in a prehistoric world of marvels 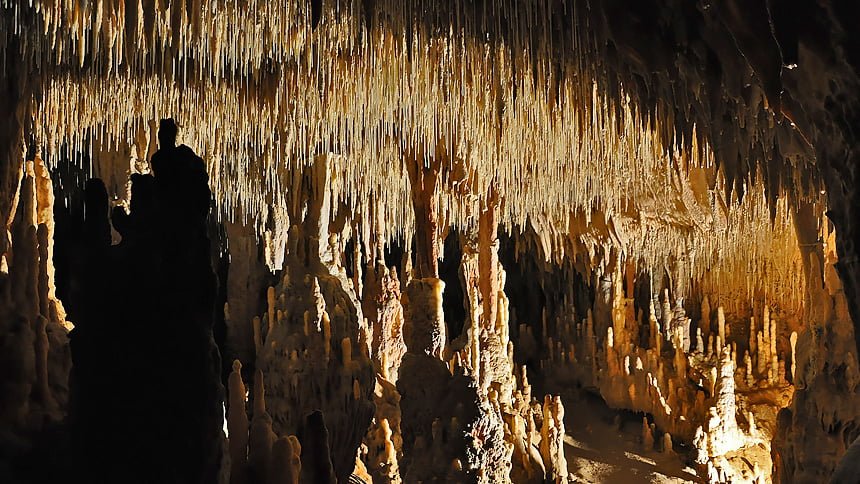 A year ago we decided that our little gravel-lined ‘sun-trap’ ~ that is part of the old bread oven, deserved the installation of an antiqued metal wall ‘gargoyle’. In such a ... END_OF_DOCUMENT_TOKEN_TO_BE_REPLACED

It was a job that we were not looking forward to doing during our Winter closure, but we knew it had to be done. Bedroom Van Gogh was only redecorated and upgraded five years ago ... END_OF_DOCUMENT_TOKEN_TO_BE_REPLACED