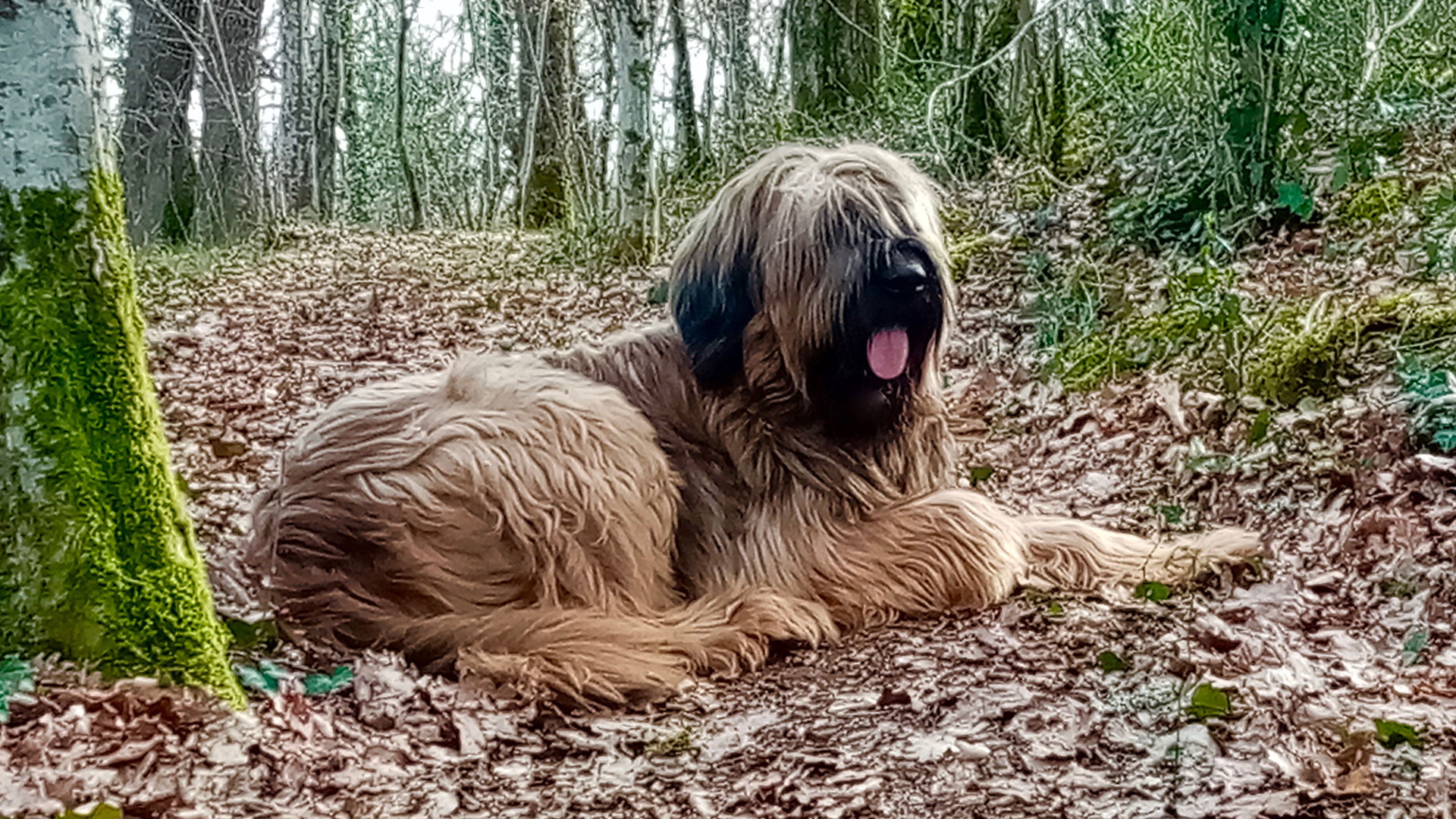 As COVID numbers started to rise alarmingly in late September / October 2020 and a lockdown was imminent, we said it was time to find another canine companion to fill the hollow left from our dear Bramley’s departure earlier in the year.

We had always adored Briards, they are a magnificent (and rather large) breed and with absolute fortune, a group of them became available for adoption from the SPA in Périgueux ! We immediately made an appointment to visit the refuge and there we met our future companion. ‘Greasy-hair’, very timid and hiding behind the walls of his cage !

He had not been abused but had been deprived of human contact for his initial 3,5 years. So, the dog that was then known as ‘Nilos’ became ours. We proudly present to you ‘Isaac’, our new general manager (!)

Like last year, we have had to postpone our opening until June because of the government restrictions that prohibited service of food indoors, so Isaac has barely seen any visitors in his new home and will be a little unsettled to see customers arriving and actually living under his roof !!

If you are some of the first people that come to stay this year, be patient with Isaac as he must become used to having guests in his house. Underneath the large and hairy appearance is a loving and protective character who is never aggressive but a little anxious ! Soon he will learn to see many new faces following our re-opening on Wednesday 9th June 2021.

A year ago we decided that our little gravel-lined ‘sun-trap’ ~ that is part of the old bread oven, deserved the installation of an antiqued metal wall ‘gargoyle’. In such a ... END_OF_DOCUMENT_TOKEN_TO_BE_REPLACED

It was a job that we were not looking forward to doing during our Winter closure, but we knew it had to be done. Bedroom Van Gogh was only redecorated and upgraded five years ago ... END_OF_DOCUMENT_TOKEN_TO_BE_REPLACED