Home ∼ News ∼ la Métairie des Songes ∼ The Bales are cut for the Summer ! 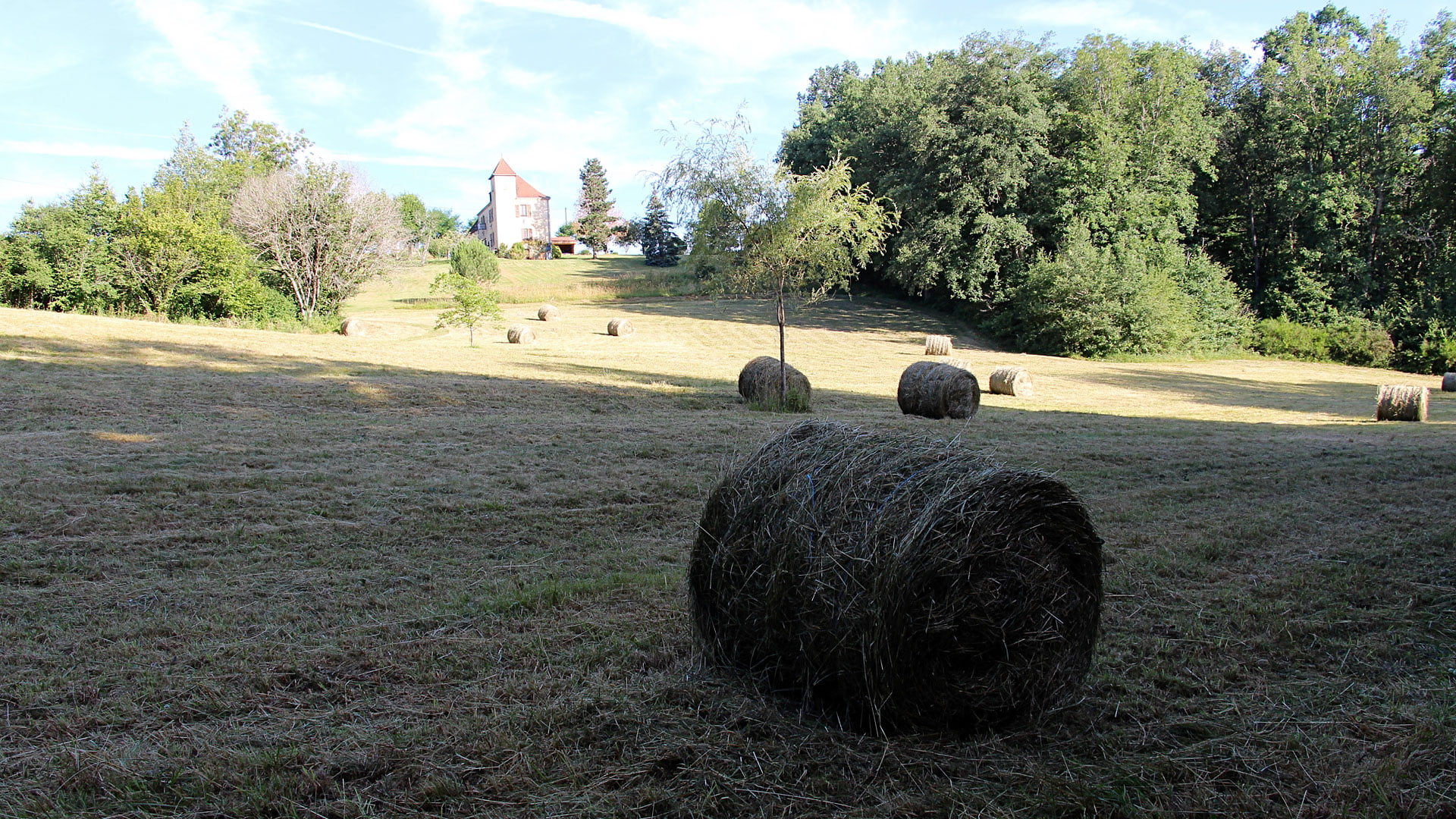 Following a Winter with unprecedented rainfall that continued well into May (although very patchy), the resulting growth from the valley seemed like a jungle. When an occasional shower would flatten everything then a stiff breeze would bring all back to attention again.

The obvious advantage of possessing such a natural hillside meadow is that it becomes replete with Orchids and an armada of Butterflies in the early Springtime, prior to the flora’s eventual heights. Clear, unpolluted air and rain render a biodiversity that is special to the Lot department. We wish our Fathers were here to enjoy the wildlife as they were both very keen naturalists, bird-watchers and lovers of all things wild.

So, the earliest-ever cut of the year has been and gone and, where the nominal count of hay bales usually comes to approximately 14 rolls in past years, a massive 22 bales were deposited from the depths of the (ancient) collecting machine from our neighbours tractor !

We would sit on them and enjoy the soft, crispy feel along with their heady aroma of warm hay in the evening if only we were not sure that they would collapse ! Our neighbours machine IS very old…

A year ago we decided that our little gravel-lined ‘sun-trap’ ~ that is part of the old bread oven, deserved the installation of an antiqued metal wall ‘gargoyle’. In such a ... END_OF_DOCUMENT_TOKEN_TO_BE_REPLACED

It was a job that we were not looking forward to doing during our Winter closure, but we knew it had to be done. Bedroom Van Gogh was only redecorated and upgraded five years ago ... END_OF_DOCUMENT_TOKEN_TO_BE_REPLACED